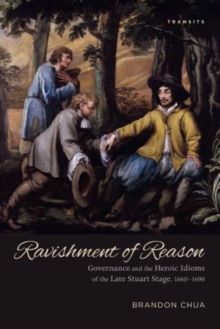 Ravishment of Reason : Governance and the Heroic Idioms of the Late Stuart Stage, 1660-1690 Hardback

Ravishment of Reason examines the heroic dramas written for the restored English theatres in the later seventeenth century, reading them as complex and sophisticated responses to a crisis of public life in the wake of the mid-century regicide and revolution.

The unique form of the Restoration heroic play, with its scenes of imperial conquest peopled by hesitating and indecisive heroes, interrogates traditional oppositions of agency and passivity, autonomy and servility, that structure conventional narratives of political service and public virtue, exploring, in the process, new and often unsettling models of order and governance.

Situating the dramas of Dryden, Behn, Boyle, Lee, and Crowne in their historical and intellectual context of civil war and the destabilizing theories of government that came in its wake, Brandon Chua offers an account of a culture's attempts to reconcile civic purpose with political stability after an age of revolutionary change. 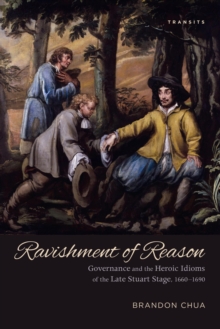