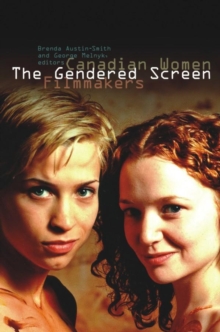 This book is the first major study of Canadian women filmmakers since the groundbreaking Gendering the Nation (1999).

It also introduces critical studies of newer filmmakers such as Andrea Dorfman and Sylvia Hamilton and new media video artists.

Feminist scholars are re-examining the ways in which authorship, nationality, and gender interconnect.

Contributors to this volume emphasize a diverse feminist study of film that is open, inclusive, and self-critical.

Issues of hybridity and transnationality as well as race and sexual orientation challenge older forms of discourse on national cinema.

Essays address the transnational filmmaker, the queer filmmaker, the feminist filmmaker, the documentarist, and the video artistajust some of the diverse identities of Canadian women filmmakers working in both commercial and art cinema today.