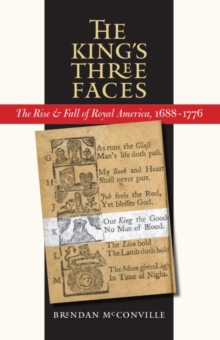 This intense allegiance continued almost until the moment of independence, an event defined by an emotional break with the king.

By reading American history forward from the seventeenth century rather than backward from the Revolution, McConville shows that political conflicts long assumed to foreshadow the events of 1776 were in fact fought out by factions who invoked competing visions of the king and appropriated royal rites rather than used abstract republican rights or pro-democratic proclamations.

The American Revolution, McConville contends, emerged out of the fissure caused by the unstable mix of affective attachments to the king and a weak imperial government.

Sure to provoke debate, ""The King's Three Faces"" offers a powerful counterthesis to dominant American historiography. 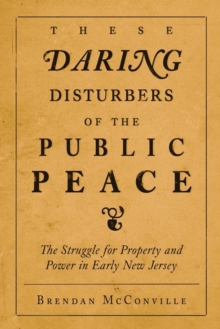 These Daring Disturbers of the Public...