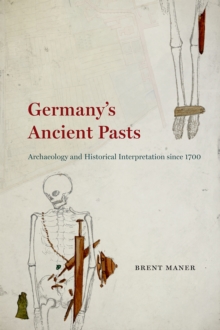 In Germany, Nazi ideology casts a long shadow over the history of archaeological interpretation.

Propaganda, school curricula, and academic publications under the regime drew spurious conclusions from archaeological evidence to glorify the Germanic past and proclaim chauvinistic notions of cultural and racial superiority.

But was this powerful and violent version of the distant past a nationalist invention or a direct outcome of earlier archaeological practices?

By exploring the myriad pathways along which people became familiar with archaeology and the ancient past--from exhibits at local and regional museums to the plotlines of popular historical novels--this broad cultural history shows that the use of archaeology for nationalistic pursuits was far from preordained. In Germany's Ancient Pasts, Brent Maner offers a vivid portrait of the development of antiquarianism and archaeology, the interaction between regional and national history, and scholarly debates about the use of ancient objects to answer questions of race, ethnicity, and national belonging.

While excavations in central Europe throughout the eighteenth and nineteenth centuries fed curiosity about the local landscape and inspired musings about the connection between contemporary Germans and their "ancestors," antiquarians and archaeologists were quite cautious about using archaeological evidence to make ethnic claims.

Even during the period of German unification, many archaeologists emphasized the local and regional character of their finds and treated prehistory as a general science of humankind.

As Maner shows, these alternative perspectives endured alongside nationalist and racist abuses of prehistory, surviving to offer positive traditions for the field in the aftermath of World War II.

A fascinating investigation of the quest to turn pre- and early history into history, Germany's Ancient Pasts sheds new light on the joint sway of science and politics over archaeological interpretation. 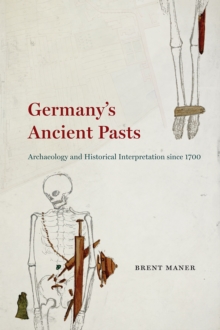