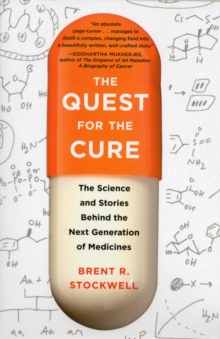 The Quest for the Cure : The Science and Stories Behind the Next Generation of Medicines Paperback / softback

After more than fifty years of blockbuster drug development, skeptics are beginning to fear we are reaching the end of drug discovery to combat major diseases.

In this engaging book, Brent R. Stockwell, a leading researcher in the exciting new science of chemical biology, describes this dilemma and the powerful techniques that may bring drug research into the twenty-first century. Filled with absorbing stories of breakthroughs, this book begins with the scientific achievements of the twentieth century that led to today's drug innovations.

We learn how the invention of mustard gas in World War I led to early anti-cancer agents and how the efforts to decode the human genome might lead to new approaches in drug design.

Stockwell then turns to the seemingly incurable diseases we face today, such as Alzheimer's, many cancers, and others with no truly effective medicines, and details the cellular and molecular barriers thwarting scientists equipped with only the tools of traditional pharmaceutical research. Scientists such as Stockwell are now developing methods to combat these complexities--technologies for constructing and testing millions of drug candidates, sophisticated computational modeling, and entirely new classes of drug molecules--all with an eye toward solving the most profound mysteries of living systems and finding cures for intractable diseases.

If successful, these methods will unlock a vast terrain of untapped drug targets that could lead to a bounty of breakthrough medicines.

Offering a rare, behind-the-scenes look at this cutting-edge research, The Quest for the Cure tells a thrilling story of science, persistence, and the quest to develop a new generation of cures. 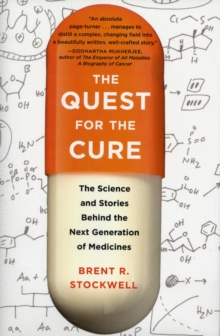 The Quest for the Cure