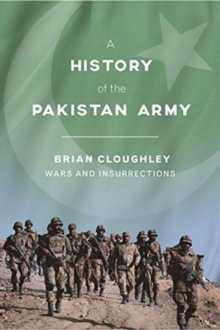 A History of the Pakistan Army : Wars and Insurrections Hardback

The scope of this study of the Pakistan Army must be wide and in-depth, as the army has played a major part in the country's history.

The author describes Pakistan's violent internal politics and erratic international relations with a deep knowledge gained through his long association with the country and its armed forces.

Pakistan's wars with India are covered vividly, drawing on unpublished material and details from Indian as well as Pakistani sources.

The country's resurrection under Zulfikar Ali Bhutto is described, as is the decade of dictatorship that followed his time in power.

The story of what occurred after this period of dominance, when Pakistan grappled with unaccustomed democracy and verged on anarchy, is told with the aid of the author's personal knowledge of many of the senior players. This fifth edition incorporates new material covering crucial developments since 2014, including Operation Zarb-e-Azb in Waziristan. Skyhorse Publishing, as well as our Arcade imprint, are proud to publish a broad range of books for readers interested in history--books about World War II, the Third Reich, Hitler and his henchmen, the JFK assassination, conspiracies, the American Civil War, the American Revolution, gladiators, Vikings, ancient Rome, medieval times, the old West, and much more. 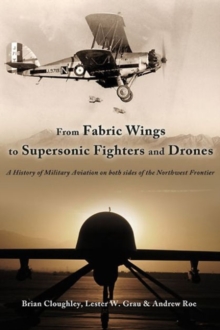 From Fabric Wings to Supersonic...