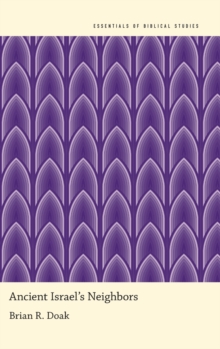 Part of the ESSENTIALS OF BIBLICAL STUDIES SERIES series

Whether on a national or a personal level, everyone has a complex relationship with their closest neighbors.

Where are the borders? How much interaction should there be? How are conflicts solved? Ancient Israel was one of several small nations clustered in the eastern Mediterranean region between the large empires of Egypt and Mesopotamia in antiquity.

Frequently mentioned in the Bible, these other small nations are seldom the focus of the narrative unless theyinteract with Israel.

The ancient Israelites who produced the Hebrew Bible lived within a rich context of multiple neighbors, and this context profoundly shaped Israel.

Indeed, it was through the influence of the neighboring people that Israel defined its own identity-in terms of geography, language,politics, religion, and culture. Ancient Israel's Neighbors explores both the biblical portrayal of the neighboring groups directly surrounding Israel-the Canaanites, Philistines, Phoenicians, Edomites, Moabites, Ammonites, and Arameans-and examines what we can know about these groups through their own literature, archaeology, and other sources.

Through its analysis of these surrounding groups, this book will demonstrate in a direct and accessible manner the extent to which ancient Israelite identity was forged bothwithin and against the identities of its close neighbors.

Animated by the latest and best research, yet written for students, this book will invite readers into journey of scholarly discovery to explore the world of Israel's identity within its most immediate ancient Near Eastern context.

Also in the ESSENTIALS OF BIBLICAL STUDIES SERIES series 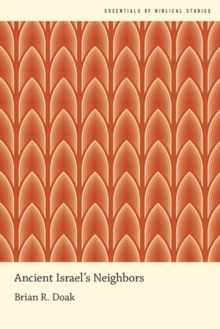