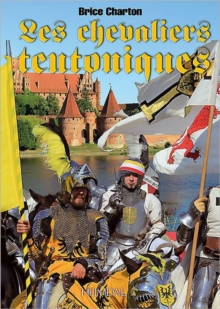 This illustrated history presents a history of the Teutonic Order in the Middle Ages; its creation, its role in the Holy Land and on the shores of the Baltic Sea, its expansion in Prussia and the Baltic States.

They were a military-religious order of knights that restricted membership to Germans.

Part of the original Knight Hospitallers, under Hermann von Salza they split from the main branch and founded their own order, taking on a very distinctive white cloak bearing a stark black cross on the left shoulder. A very rich photo album, it includes images of documents, weapons, castles of the Order, with plans and beautiful colour photos of several current Order castles, including Marienburg.

The battle of Tannenberg / Grunwald is also mentioned with great pictures of the reconstruction that was performed for the 150th anniversary of the Battle.