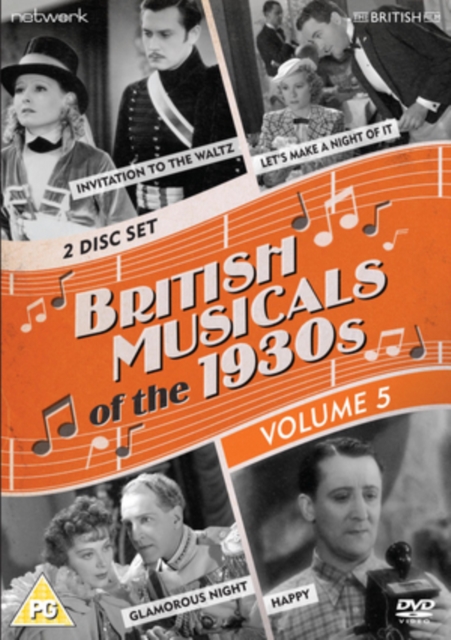 Collection of British musicals from the 1930s. In 'Happy' (1933) a band leader hits the jackpot when he invents an anti-theft device for cars and manages to sell it to an insurance company.

Set during the Napoleonic Wars, 'Invitation to the Waltz' (1935) follows the blossoming relationship between the Duke of Wurtemburg (Harold Warrender) and ballerina Jenny Peachey (Lillian Harvey) as they try to plot the downfall of Napoleon (Esme Percy).

In 'Glamorous Night' (1937) a dictator tries to takeover a gypsy settlement to gain control of its oil.

But an opera singer has other ideas. In 'Let's Make a Night of It' (1937) married couple Henry and Laura Boydell (Fred Emney and Iris Hoey) each acquire a nightclub on the same London street.

With not enough customers to go around, the family threaten to be torn apart by their new business ventures.