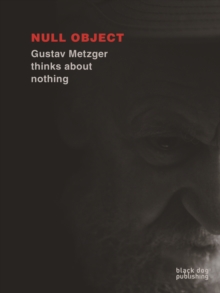 Using bespoke software, London Fieldworks produced 3-D information from EEG readings of Metzger's brainwaves as he attempted to think about nothing.

This data was translated into instructions for a manufacturing robot, which carved out shapes from the interior of a block of stone to create a void. An introduction by the artists, a text by Gustav Metzger and essays by writers across literature, art, science and technology explore the historical and conceptual grounding for and broader implications of Null Object's production process.

Essays by Nick Lambert and Bronac Ferran examine the resonances of Metzger's participation in the project. Lambert situates London Fieldworks' practice within questions about the place of the human in the informational world; Ferran focuses on Metzger's commitment to the "the radical consequences of emptiness" within both modernist discourse and the context of ecological crisis. A timely addition and challenge to the present climate of technological evolution and increasing cybernetic augmentation, Null Object offers an alternative model for a creative, non-invasive interface between body, mind and machine. 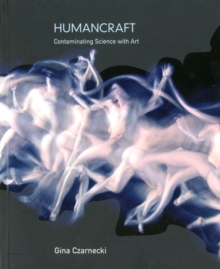