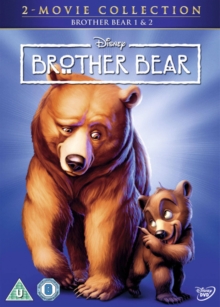 Two animated adventures. In 'Brother Bear' (2003), Kenai (voiced by Joaquin Pheonix) is an impulsive young Native-American boy who is magically transformed into a bear by his brother when their father is killed by a mother bear protecting her cubs.

Forced to see the world through a bear's eyes, Kenai sets out on a quest to find the mountain where the light touches the earth and regain his human form; and learns alot about compassion on his journey.

In 'Brother Bear 2' (2006), Kenai (voiced by Patrick Dempsey) is back, the human transformed into a brown bear, and he is off to the picturesque Pacific Northwest at the end of the Ice Age.

During his adventures, he remains haunted by dreams of his previous life.

As a human child, he befriended Nita (Mandy Moore), the daughter of a tribal elder.

The pair's past friendship collides with the present as Kenai and Nita embark on a journey as bear and woman. 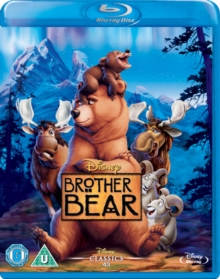