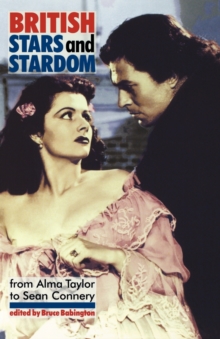 Deals analytically with the fascinating topic of the great film stars (and some thought-provoking lesser ones) of the British cinema, from Alma Taylor and Ivor Novello in the Silent period, up to the present day.

Looks both at stars who attained worldwide fame through the Hollywood cinema, and those whose contribution is primarily to the national cinema..

First collection of essays on the subject with a wide historical coverage including major figures, such as Connery, Mason, Trevor Howard, Deborah Kerr, Mary Millington, Albert Finney and James Mason.