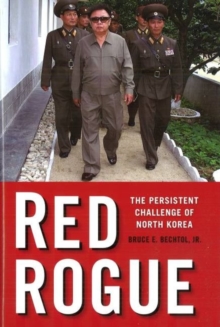 He describes how North Korea has adapted to a changing global and regional environment to ensure regime survival and has often dictated the agenda in East Asia.

Using a framework that focuses on diplomatic, informational, military, and economic instruments of national power, the author reveals the dynamic and complicated challenges for security and stability on the Korean Peninsula.

The reader will gain a clear perspective of the paradigm shifts in U.S., South Korean, and North Korean policies in recent years.

The book is essential reading for scholars, policymakers, military strategists, and anyone who has an interest in East Asian affairs.