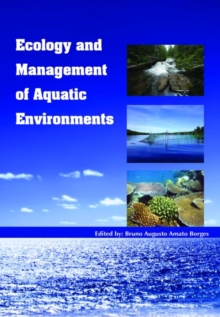 Aquatic environments have an important role in the maintenance of life on Earth, occupying approximately 2/3 of the land area and represent large portion on primary productivity of the planet. Currently, according to the FAO (2016), the total production of aquatic organisms by-catch (including fish, molluscs, crustaceans, etc.) represents 83.5 million tonnes in the year 2014, with a stable production for some years.

On the other hand, aquaculture has grown enough in recent years.

In the year 2006 the total output of aquatic organisms through cultivation was approximately 45 million tonnes in 2014 the production over 73 million tonnes. In this sense, aquaculture is becoming increasingly important and critical to maintaining the productivity required by the demand to supply the world market, in addition to serve as a mechanism for the production of organisms affected by overfishing.

It is clearly now that the worldwide demand for seafood will continue to rise.

Increased production from aquaculture may meet some of this demand (Kennelly and Broadhurst 2002). Several improvements have been employed in aquaculture, seeking to reduce the environmental impacts that the activity generates.

The use of water and pollution are among the main problems that activity has been showing from an environmental point of view.

In this way, it is extremely important to employ management techniques that minimize such impacts while maintaining productivity.

To develop an efficient production of food is essential to the understanding of the processes of assimilation and nutritional demand, in addition to handling and appropriate use.

So, it is necessary to search for increasingly apply management techniques that integrate different species with productive potential and bioremediation of environment.