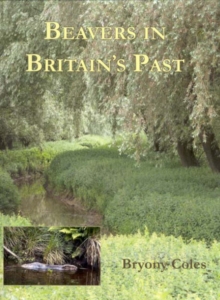 Beavers in Britain's Past Paperback / softback

Part ecology, part archaeology and part history, Beavers in Britain's Past explores the evidence for Castor fiber , the European beaver from late in the last ice age to the time of its extinction from Britain's native fauna.

The first chapters introduce the beaver and its habitats in western Europe, where it is now flourishing.

Based on original field survey in Brittany and southeastern France, the characteristic structures and features of three contrasting beaver territories are documented and analysed, with a view to identifying beaver activity in the archaeological record.

Beavers are a keystone ecological species, modifying their waterside surroundings to the benefit of many other species, both plant and animal, including humans.

The book then focuses on the archaeological and historical record, from the return of beavers after the severe cold of the last glaciation through 13000 years of living alongside humans, to their disappearance from the record.

In the light of the field survey results, beaver influence is identified at a number of well-known wetland sites of prehistoric date, while the evidence for human exploitation of beavers becomes increasingly diverse through time.

In the post-Roman period it expands to include place-names, carvings and illuminated manuscripts, written records and oral traditions.

Analysing the record in the light of the field survey results and increasing knowledge of the behaviour of European beavers, it is argued that beavers vanished from human perception but did not become extinct until the later second millennium AD. Beavers in Britain's Past provides a new perspective on the archaeology and history of Britain and demonstrates the significance of beavers to the environment of Britain. 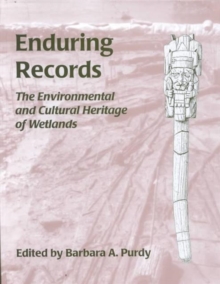