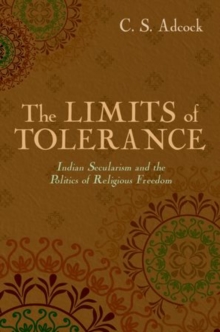 The Limits of Tolerance : Indian Secularism and the Politics of Religious Freedom Paperback / softback

This book provides a critical history of the distinctive tradition of Indian secularism known as Tolerance. Since it was first advanced by Mohandas Gandhi, the Tolerance ideal has measured secularism and civil religiosity by contrast with proselytizing religion. In India today, it informs debates over how the right to religious freedom should be interpreted on the subcontinent. Not only has Tolerance been an important political ideal in India since the earlytwentieth century; the framing assumptions of Tolerance permeate historical understandings among scholars of South Asian religion and politics. In conventional accounts, the emergence of Tolerance during the 1920s is described as a victory of Indian secularism over the intolerant practice of shuddhi "proselytizing", pursued by reformist Hindus of the Arya Samaj, that was threatening harmonious Hindu-Muslim relations.

This study shows that the designation of shuddhi as religious proselytizing was not fixed; it was the product of decades of political struggle. The book traces the conditions for the emergence of Tolerance, and thecircumstances of its first deployment, by examining the history of debates surrounding Arya Samaj activities in north India between 1880 and 1930. It asks what political considerations governed Indian actors' efforts to represent shuddhi as religious on different occasions; and it asks what was lost intranslation when they did. It reveals that by framing shuddhi decisively as a religious matter, Tolerance functioned to disengage Indian secularism from the politics of caste. 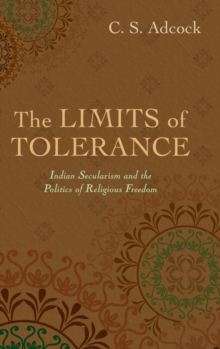 The Limits of Tolerance