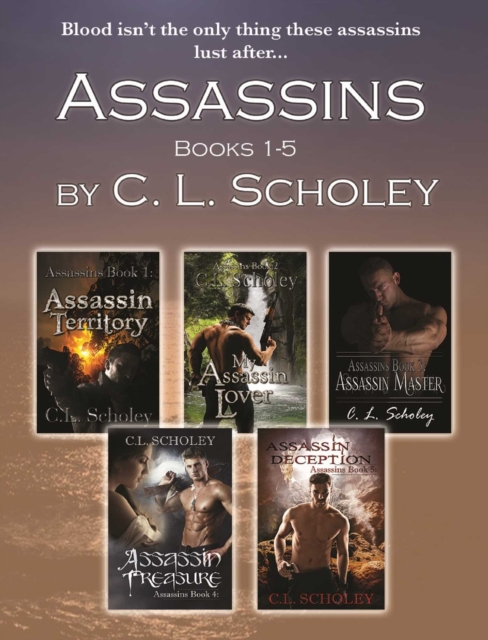 Assassin Territory Book 1
After the demise of her parents, Christy's boyfriend turns on her, causing her to suffer through an abusive relationship, until she flees. Battered, she wants only to disappear off the face of the earth.

After the single-engine plane she boards is thrown off course and crashes into the middle of nowhere, killing all but one of the other occupants, Christy almost gets her wish. She is dismayed when she realizes her only hope of survival is dependent on a man who appears more soulless than her ex.

Lando knows Christy is following him through the wilderness, thinking he is unaware of her presence. And telling her he is a hit man for the mafia undoubtedly makes her wary. Life has made him hard and tough.

When a violent storm forces the two into a confrontation of wills, they battle more than the elements together in a tiny cave, safe from a raging blizzard, but not their blazing emotions.

My Assassin Lover Book 2
';Who are you?'

';Wolf.' There was no doubt in Casey's mind this Wolf had sharp teeth and if left alone with her she'd be eaten alive. Aboard a cruise ship and terrified of the water was bad enough but Casey was certain the man who stalked her every move was an assassin. Becoming ship wrecked, alone, with a man who wants her dead is beyond terrifying. Wolf is certain the woman he prowls is a killer, that's fine, so is he. He is positive he hunts a child murderer. What he learns when his mark captures him makes Wolf question his mission. Either way the island is about to get hotter.

Assassin Master Book 3
What would you do for your assassin master?

Carrie is kidnapped into a life of slavery that she fights tooth and nail. She is faced with two options, submit or die. Neither scenario is appealing. Dead, she has no life, no chance. Alive, there is hope.
Whisked away into a remote area, Carrie learns to depend on Tyr, an assassin who's saved her life and wants her to live. Carrie has no choice but to learn how to please a man.
Her new life in bondage takes a scarier turn when an uprising throws her into the hands of countless men. One who wants to own her, one who loves her more than life itself, and another who will risk everything to get her back into his loving arms.

Assassin Treasure Book 4
The cold, lifeless stare of her prone boss, Tyler Darren, makes Candy's breath stop. The powerful assassin, gun in hand, has her heart pounding in fear as she hides under a desk. Run, her mind screams, while her body is a block of ice. Desperation forces her into action and she flees for her life.

Dirk is a man who kills the evil, not the innocent. The frightened woman whose existence is in his hands makes his blood boil with want. When she's stolen from him, Dirk sets out to teach a killer no one steals an assassin's treasure.

Assassin Deception Book 5
Deception meets her at every turn. Who is her real father? Who plays at pretend? Chloe is determined to find out. She's no wallflower and her assassin lover, Damien, has no choice but to shed his gallivanting ways and step into a stronger role if he is going to save her. Their love is fierier than the bombs going off around them. Only time will tell who will be left standing, after the last explosion., after the last explosion. 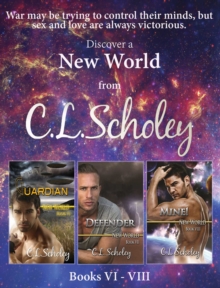