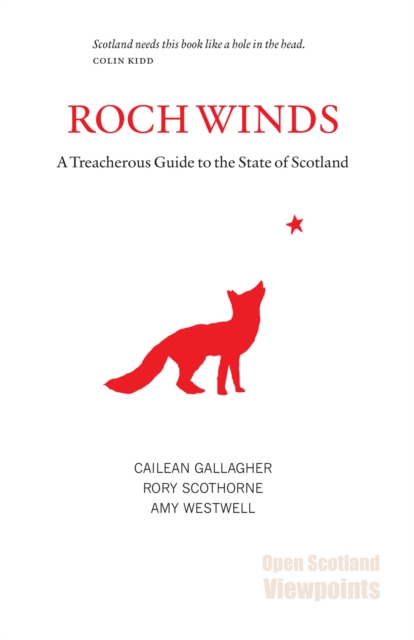 Roch Winds : A Treacherous Guide to the State of Scotland Paperback / softback

Did Scotland's rough wind become something more after the referendum, as so many hoped it would, or did it blow itself out?

What power can pessimism have in a nation of newfound self-confidence?

A generation ago, the socialist poet Hamish Henderson forecast that 'mair nor a roch wind' - more than a rough wind - would rush through the great glen of the world as empires and nations collapsed.

In Roch Winds, three young radicals pick through the rubble left in the wake of the storm that propelled the Scottish National Party into a position of unprecedented political dominance in Scotland. This darkly humorous book dissects the rise of the SNP and the fall of Labour during the months leading up to 2014 Independence Referendum and beyond.

Drawing on their involvement in the Yes campaign for independence and the Labour Party, the authors cast their eyes to Scotland's future and to radical horizons.

Fluent, funny and full of fighting talk, this book is for everyone who has ever wondered what lies behind the tartan curtain of Scotland's new establishment.