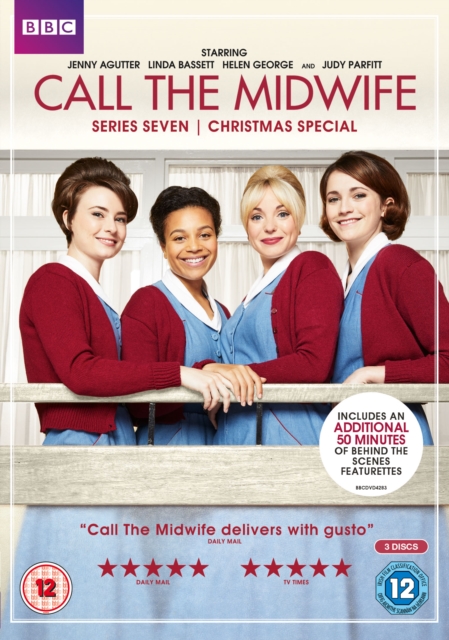 The complete seventh series of the BBC drama, adapted from Jennifer Worth's memoirs, about a group of midwives working in poverty-stricken East London during the 1960s.

In this series, the Nonnatus House staff deal with the Big Freeze of 1963 and welcome new midwife Lucille Anderson (Leonie Elliott) to Poplar.

After she settles in however, it's not long before she faces racial prejudice on account of her West Indian heritage.

Meanwhile, the Turners employ a new au pair called Magda (Nina Yndis) and Trixie (Helen George) makes a decision about her relationship while the nuns and nurses of Nonnatus House tackle a variety of issues including an expectant mother with Huntington's disease, rumours of a newly-arrived sailor with smallpox and a woman who has a phobia of childbirth.