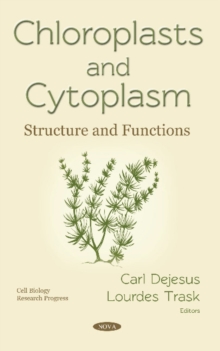 Apart from the short-range interactions mediated by diffusion, long-scale interactions are indispensable for giant plant cells including internodal cells of Characeae because the inefficiency of diffusion for millimeter- and centimeter-scale distances should be counterbalanced by other mechanisms to ensure the integrity of cell metabolism.

In this collection, the authors begin by presenting one approach for studying the cyclosis-mediated transmission of regulatory signals along the characean internode by illuminating a cell part with a narrow light beam and to observe the changes of modulated chlorophyll fluorescence occurring in response to this photostimulus at a fixed distance on the downstream side of the light spot.

Following this, the features and characters of various chloroplast genomes that could be retrieved solely from the analysis of triplet composition were studied.

Two types of triplet dictionaries were developed: the former lists all the triplets (with overlapping), so that each nucleotide yields a start for a triplet, and the latter is the entity where triplets do not overlap but also have no gaps between them.

The authors go on to describe the effects of cytoplasm on the expression of cytoplasmic male sterility and other agronomically valuable traits in the grain sorghum and sorghum x Sudan grass hybrids, as well as on the combining ability for these traits.

It is hypothesized that the cytoplasm, being a buffer between the external environment and the nuclear genome, processes environmental signals and thus has a significant effect on the manifestation of nuclear-encoded traits.

A nonlocal strain gradient beam model is developed including the both hardening-stiffness and softening-stiffness size effects in conjunction with the geometrical nonlinearity in the concluding study.

Via the variational approach, the governing differential equations are constructed corresponding to each nonlinear mechanical behavior of the lipid micro/nano-tubule surrounded by the cytoplasm biomedium.