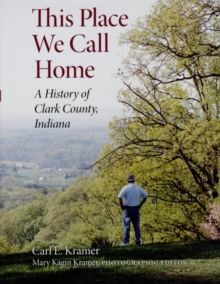 This Place We Call Home : A History of Clark County, Indiana Hardback

Clark County, Indiana, has grown from a handful of small settlements and scattered farms at the Falls of the Ohio into a sprawling metropolitan region.

Middle-class business owners and farmers still serve as its leaders.

The Ohio River maintains its powerful economic and cultural influence, and the paths of pioneer roads shape local development.

These forces and shared experiences have created a close-knit community with a strong sense of place.