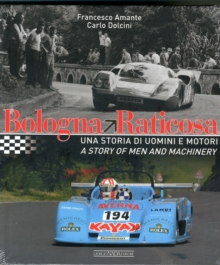 Bologna-Raticosa : A Story of Men and Machinery Hardback

A place of absolute significance during Italy's golden age of hillclimbing has to go to the Bologna-Raticosa.

So along its more than 43 km route - it was reduced to not much more than 32 km from 1962 - raced some of the greatest drivers of the period.

Then, after a long silence, the Bologna made its comeback in 2001, first as an invitation race and then as a round in the Italian Vintage Car Speed Championship.

The man who tells the story of this great classic is Carlo Dolcini, author of a number of books on the Mille Miglia, who covers again this historic event, and Francesco Amante, the tireless organiser and promoter of the most recent Bologna events.

So for the first time, the entire story of the Bologna-Raticosa is told in a book that boasts a wealth of historic and modern illustrations as well as the complete results of the hillclimb. 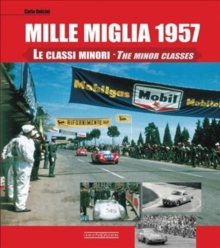