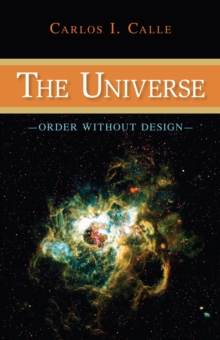 The Universe : Order Without Design Hardback

by Carlos I. Calle

Is the universe designed for life? Physicists have discovered that many seemingly unconnected phenomena, which took place millions of years apart, played a crucial role in the development of life on Earth.

Does such evidence reveal a purpose behind the order of the universe?NASA senior research scientist Carlos I.

Calle explores this tantalizing question and many more in this wide-ranging introduction to the very latest and sundry theories about the origins and evolution of the enormous cosmos.

From the big bang to the possibility of a "big crunch" he renders the complexities of theoretical physics beautifully lucid for the lay reader. Calle begins by reviewing the milestones of 20th-century astrophysics: the confirmation of the big bang theory in the 1960s by the discovery of cosmic background radiation; the inflationary theory of universe expansion, which NASA observations have recently confirmed; the formulation of the essential laws of physics that govern the unfolding of all physical processes, from subatomic fluctuations to the formation of galaxies; and physicists' attempts to unify all the forces of nature. Now, at the start of the 21st century, questions have been raised about the origins of the laws of physics.

Do they suggest a Grand Designer, or is their existence a natural outcome of some automatic process?

Calle lays out the cosmological models based on M-theory, which suggests that our particular universe may be one of an unimaginable number of universes, each with its own set of physical laws.

According to one of the most promising models, the big bang may not be the moment of creation but the bridge to a past filled with endless cycles of universe creation and destruction. Calle also provides an exciting look at Stephen Hawking's fascinating proposal that the universe had no origin-and that present-day observers may influence the very nature of reality. Did the universe require a prime mover-the Grand Designer-to create the planets, the stars, and the galaxies?

The Universe-Order without Design will give you plenty of food for thought.

Also by Carlos I. Calle 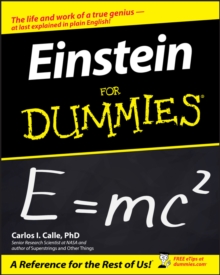 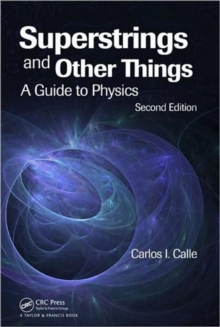 Superstrings and Other Things 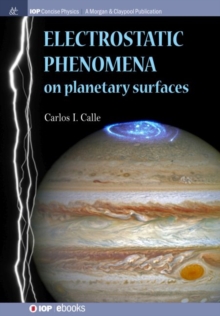