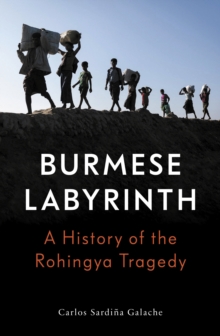 A first-hand account of the complex, bloody history of Myanmar and the origins of the ethnic cleansing of the Rohingyas In 2011, Myanmar embarked in a democratic transition from a brutal military rule that culminated four years later, when the first free election in decades saw a landslide for the party of celebrated Nobel Prize winner Aung San Suu Kyi.

Yet, even as the international community was celebrating a new dawn, old wars were raging in the northern borderlands.

A crisis was emerging in western Arakan state where the regime intensified its oppression of the vulnerable Muslim Rohingya community.

By 2017, the conflict had escalated into a military onslaught against the Rohingya that provoked the most desperate refugee crisis of our times, as over 750,000 of them fled their homes to neighbouring Bangladesh.

In The Burmese Labyrinth, journalist Carlos Sardina Galache gives the in depth story of the country.

Burma has always been an uneasy balance between multiple ethnic groups and religions.

He examines the deep roots behind the ethnic divisions that go back prior to the colonial period, and so shockingly exploded in recent times.

This is a powerful portrait of a nation in perpetual conflict with itself. 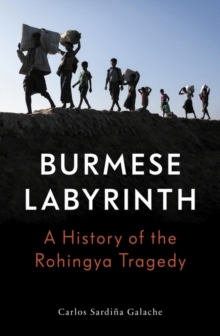