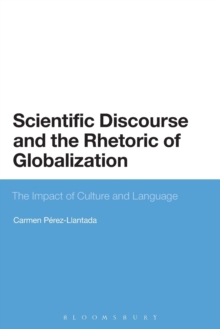 Scientific Discourse and the Rhetoric of Globalization : The Impact of Culture and Language Paperback / softback

The rhetorical practices involved with the dissemination of scientific discourse are shifting.

Addressing these changes, this book places the discourse of science in an increasingly multilingual and multicultural academic area.

It contests monolingual assumptions informing scientific discourse, calling attention to emerging glocal discourses that make hybrids of the standard globalized and local academic English norms.English clearly has a hegemonic role as the lingua franca of global academia; this book conducts an intercultural rhetorical and textographic analysis to compare how Anglophone and non-Anglophone academics utilise the standardized rhetorical conventions for scientific writing.

It takes an academic literacies approach, providing a rhetorically and pedagogically informed discussion. It enquires into the process of linguistic and rhetorical acculturation of both monolingual and multilingual scholars, and in doing so redefines the contemporary rhetoric of science. 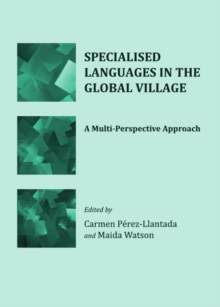 Specialised Languages in the Global...