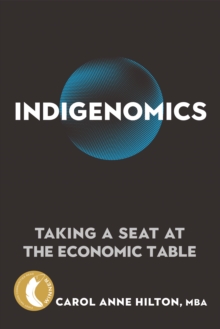 Indigenomics : Taking a Seat at the Economic Table Paperback / softback

It is time to increase the visibility, role, and responsibility of the emerging modern Indigenous economy and the people involved.

This is vital reading for business leaders and entrepreneurs, Indigenous organizations and nations, governments and policymakers, and economists.