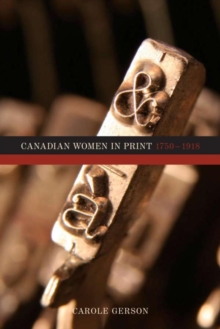 Canadian Women in Print, 1750a1918 is the first historical examination of women's engagement with multiple aspects of print over some two hundred years, from the settlers who wrote diaries and letters to the New Women who argued for ballots and equal rights.

Considering women's published writing as an intervention in the public sphere of national and material print culture, this book uses approaches from book history to address the working and living conditions of women who wrote in many genres and for many reasons.

This study situates English Canadian authors within an extensive framework that includes francophone writers as well as women's work as compositors, bookbinders, and interveners in public access to print.

Literary authorship is shown to be one point on a spectrum that ranges from missionary writing, temperance advocacy, and educational texts to journalism and travel accounts by New Woman adventurers.

Familiar figures such as Susanna Moodie, L.M. Montgomery, Nellie McClung, Pauline Johnson, and Sara Jeannette Duncan are contextualized by writers whose names are less well known (such as Madge Macbeth and Agnes Laut) and by many others whose writings and biographies have vanished into the recesses of history.

Readers will learn of the surprising range of writing and publishing performed by early Canadian women under various ideological, biographical, and cultural motivations and circumstances.

Some expressed reluctance while others eagerly sought literary careers.

Together they did much more to shape Canada's cultural history than has heretofore been recognized.

Also by Carole Gerson   |  View all 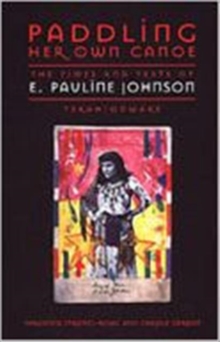 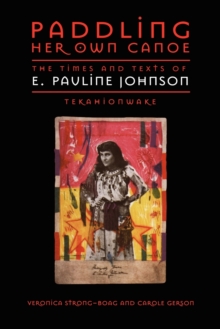 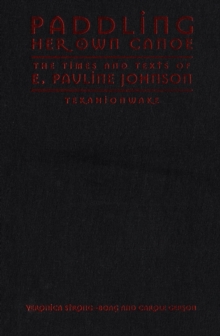 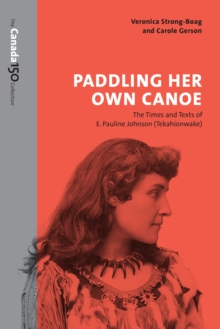