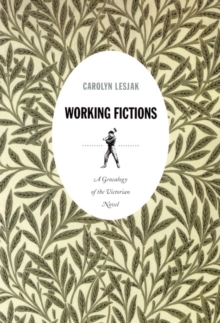 Working Fictions : A Genealogy of the Victorian Novel Hardback

Working Fictions takes as its point of departure the common and painful truth that the vast majority of human beings toil for a wage and rarely for their own enjoyment or satisfaction.

In this striking reconceptualization of Victorian literary history, Carolyn Lesjak interrogates the relationship between labor and pleasure, two concepts that were central to the Victorian imagination and the literary output of the era.

Through the creation of a new genealogy of the "labor novel," Lesjak challenges the prevailing assumption about the portrayal of work in Victorian fiction, namely that it disappears with the fall from prominence of the industrial novel.

She proposes that the "problematic of labor" persists throughout the nineteenth century and continues to animate texts as diverse as Elizabeth Gaskell's Mary Barton, George Eliot's Felix Holt and Daniel Deronda, Charles Dickens's Great Expectations, and the essays and literary work of William Morris and Oscar Wilde.Lesjak demonstrates how the ideological work of the literature of the Victorian era, the "golden age of the novel," revolved around separating the domains of labor and pleasure and emphasizing the latter as the proper realm of literary representation.

She reveals how the utopian works of Morris and Wilde grapple with this divide and attempt to imagine new relationships between work and pleasure, relationships that might enable a future in which work is not the antithesis of pleasure.

In Working Fictions, Lesjak argues for the contemporary relevance of the "labor novel," suggesting that within its pages lie resources with which to confront the gulf between work and pleasure that continues to characterize our world today. 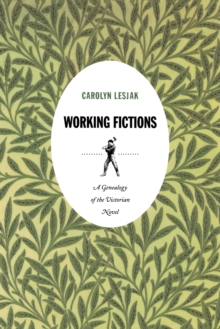