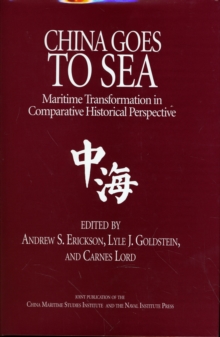 In modern history, China has been primarily a land power, dominating smaller states along its massive continental flanks.

Now, China's turn toward the sea is very much a reality, as evident in its stunning rise in global shipbuilding markets, expanding merchant marine, the wide offshore reach of its energy and minerals exploration companies, and indeed its increasingly modern navy.

Yet, for all these achievements, there is still profound skepticism regarding China's potential as a genuine maritime power.

Beijing must still import the most vital subcomponents for its shipyards, maritime governance remains severely bureaucratically challenged, and the navy evinces, at least as of yet, little enthusiasm for significant blue water power projection capabilities.

However, China is hardly the only land power in history to attempt transformation by fostering sea power in order to safeguard their strategic position or advance their interests.

This critique examines cases of attempted transformation from the Persian Empire to the Soviet Union, and determines the reasons for their success or failure. China Goes to Sea provides reason to believe that China has turned the corner on a genuine maritime transformation - something if indeed true, could be one of the most influential global developments in the history of the last two millennia. About the AuthorAndrew S. Erickson is Assistant Professor in the Strategic Research Department at the U.S.