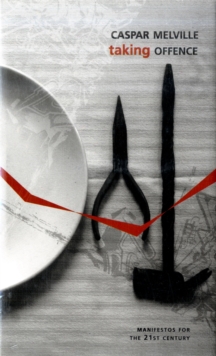 From plays to cartoons, books to Teddy Bears-interest groups, often using the language of human rights, are claiming that they are offended and attempting to ban, gag, even kill, those deemed to be the offenders.

Intellectual heavyweights throughout the Anglo-American world of letters have charged to the defence of free expression.

Using his experience as editor of "New Humanist" (itself accused of 'offensiveness'), Melville tries to disentangle the varieties of offence, to trace the origins of our current situation to the failed identity politics of the 1970s and the new language of human rights, and to distinguish between the duty to offend and the temptations of cultural chauvinism.