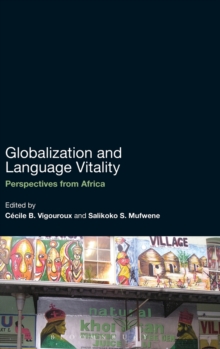 In contrast to previous studies, the contributors examine whether or not globalization is affecting African languages in the same ways and at the same rate in different countries, and how local experiences of language change vary from place to place.

Rather than seeing English as the 'killer language' par excellence, the contributors probe ways in which languages are being used side by side to complement each other in some contexts while competing against European colonial languages in others.

The result is a diverse canvas of language vitality in the African context, including matters of endangerment and loss, through the lense of globalization in its various interpretations.This book is a must read for students and researchers interested in language change and death and in the fate of European languages in the rest of the world.