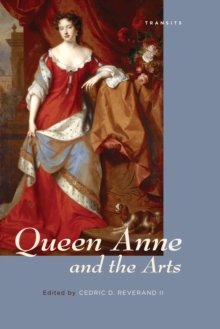 The cultural highlights of the reign of Queen Anne (1702-1714) have long been overlooked.

However, recent scholarship, including the present volume, is demonstrating that Anne has been seriously underestimated, both as a person, and as a monarch, and that there was much cultural activity of note in what might be called an interim period, coming after the deaths of Dryden and Purcell but before the blossoming of Pope and Handel, after the glories of Baroque architecture but before the triumph of Burlingtonian neoclassicism.

The authors of Queen Anne and the Arts make a case for Anne's reign as a time of experimentation and considerable accomplishment in new genres, some of which developed, some of which faded away.

The volume includes essays on the music, drama, poetry, quasi-operas, political pamphlets, and architecture, as well as on newer genres, such as coin and medal collecting, hymns, and poetical miscellanies, all produced during Anne's reign.