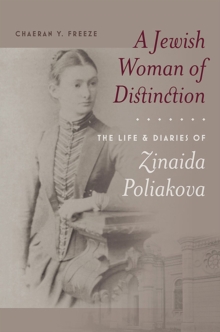 Zinaida Poliakova (1863-1953) was the eldest daughter of Lazar Solomonovich Poliakov, one of the three brothers known as the Russian Rothschilds.

They were moguls who dominated Russian finance and business and built almost a quarter of the railroad lines in Imperial Russia. For more than seventy-five years, Poliakova kept detailed diaries of her world, giving us a rare look into the exclusive world of Jewish elites in Moscow and St.

Petersburg. These rare documents reveal how Jews successfully integrated into Russian aristocratic society through their intimate friendships and patronage of the arts and philanthropy. And they did it all without converting--in fact, while staunchly demonstrating their Jewishness. Poliakova's life was marked by her dual identity as a Russian and a Jew.

She cultivated aristocratic sensibilities and lived an extraordinarily lifestyle, and yet she was limited by the confessional laws of the empire and religious laws that governed her household.

She brought her Russian tastes, habits, and sociability to France following her marriage to Reuben Gubbay (the grandson of Sir Albert Abdullah Sassoon). And she had to face the loss of almost all her family members and friends during the Holocaust. Women's voices are often lost in the sweep of history, and so A Jewish Women of Distinction is an exceptional, much-needed collection.

These newly discovered primary sources will change the way we understand the full breadth of the Russian Jewish experience. 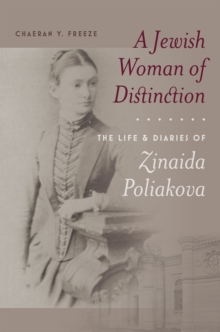 A Jewish Woman of Distinction - The...