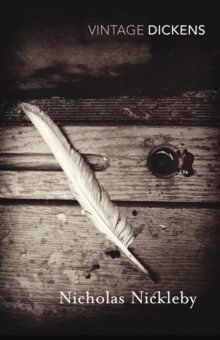 'The novel has everything: absorbing melodrama, with a supporting cast of heroes, villains and eccentrics' The TimesWhen Nicholas's father dies he, his mother and sister are left penniless.

To earn his keep, Nicholas becomes a tutor at Dotheboys Hall but soon discovers that the headmaster, Wackford Squeers, is a one-eyed tyrant who insists on a harsh regime.

Nicholas embarks on an adventure that takes him from loathsome boarding schools to the London stage.

Dickens confronts issues of neglect and cruelty in this blackly comic masterpiece.

Also by CHARLES DICKENS   |  View all