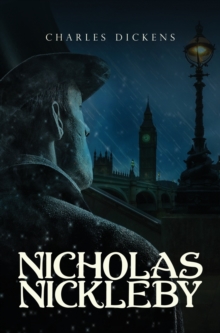 After losing the family’s money, Mr. Nickelby dies and leaves Nicholas, his mother, and younger sister Kate with no choice but to give up their comfortable lifestyle. They move to London, hoping that Mr. Nickelby’s brother, Ralph, will help them in their trying times. A stony, hardened businessman, Ralph begrudgingly offers to house Mrs. Nickelby and Kate, while using his connections to get Nicholas a job at a boys’ boarding school. Ralph warns Nicholas that if he is unable to keep this job, he will refuse to help his mother and sister any longer. Forced by his uncle’s hand, Nicholas endures his job at the boarding school despite having to watch his superiors starve, beat, and mistreat his students. Here, Nicholas decides to make a change, though it may cost him and his family everything.

"Nicholas Nickelby" is a tale of adventure amidst the cruelties of life. Nicholas shows the audience that, even in the worst of situations, life is riddled with positivity as long as you look for it. Dickens' sharp social commentary, featured in all of his works, paints the stark setting of Victorian London and its worst characters, but Dickens’ bright, unwavering characters makes it a classic coming of age story.