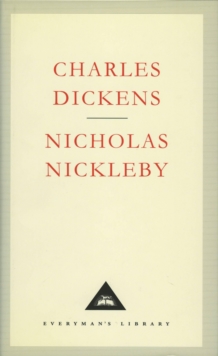 Dicken's third novel, published in 1839, is a brilliant and vivid melodrama of honest youth triumphing over vice and injustice.

Bursting with energy and populated by a whole world of inimitable and memorable characters - including especially the theatrical troupe with whom Nicholas performs - the book is both a griping story and a series of magnificent scenes.

It is also indignant protest against cruelty and oppression, most memorably encapsulated in Dickens's powerful portrayal of Mr Squeers and his wicked boarding school - a passage which was to be instrumental in helping to reform the Victorian education system.

The novel has been adapted for television stage and screen.