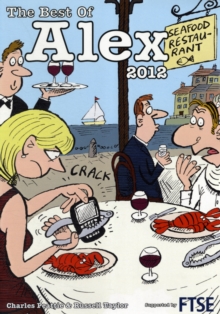 2012 marks the 25th anniversary of the Alex cartoon strip, which began mocking the financial world back in the yuppie years, when bankers were held in public contempt for being greedy, arrogant and immoral.

A quarter of a century later they still are; which leaves us satirists wondering what on earth was the point?