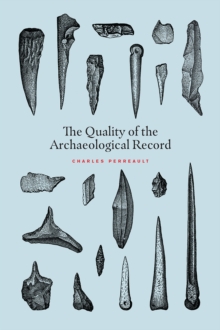 The Quality of the Archaeological Record Paperback / softback

Paleobiology struggled for decades to influence our understanding of evolution and the history of life because it was stymied by a focus on microevolution and an incredibly patchy fossil record.

But in the 1970s, the field took a radical turn, as paleobiologists began to investigate processes that could only be recognized in the fossil record across larger scales of time and space.

That turn led to a new wave of macroevolutionary investigations, novel insights into the evolution of species, and a growing prominence for the field among the biological sciences. In The Quality of the Archaeological Record, Charles Perreault shows that archaeology not only faces a parallel problem, but may also find a model in the rise of paleobiology for a shift in the science and theory of the field.

To get there, he proposes a more macroscale approach to making sense of the archaeological record, an approach that reveals patterns and processes not visible within the span of a human lifetime, but rather across an observation window thousands of years long and thousands of kilometers wide.

Just as with the fossil record, the archaeological record has the scope necessary to detect macroscale cultural phenomena because it can provide samples that are large enough to cancel out the noise generated by micro-scale events.

By recalibrating their research to the quality of the archaeological record and developing a true macroarchaeology program, Perreault argues, archaeologists can finally unleash the full contributive value of their discipline. 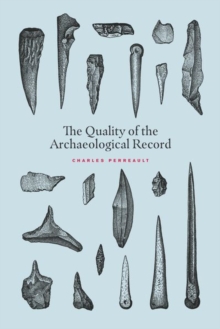 The Quality of the Archaeological Record