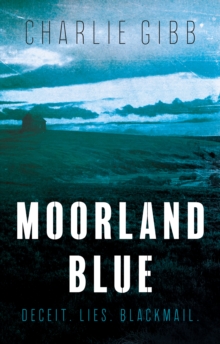 Paul and Solley are London property developers, specialising in renovation.

Solley receives information about the go-ahead for a project that will see an extension of the HS2 railway line to Leeds.

They find a nearby property for sale, which would be perfect to convert into luxury apartments.

Paul's wife falls ill, but insists that they continue with the project, so Paul and Solley travel north and stay at a small local hotel.

Paul finds himself captivated by the charms of the hotel manager, a widower, Margaret.

Unbeknown to Paul, Solley has bribed the agent dealing with the property sale in order to get it for a favourable price.

The agent discovers that the property has a chequered past.

He employs a Private Detective, Frank, to blackmail the Town Clerk into getting the documents containing the evidence to prove this.

Upon receiving the documents the agent finds a folder relating to a later project - the construction of the Manchester Commonwealth Games village in the 1970's.

He finds evidence that implicates a company belonging to the psychopathic gangster Reggie Carlyle, in corruption.

Frank, in a desperate financial state, sees the opportunity for an even bigger payday and enlists his accomplice Billy to obtain the stolen documents.

Frank assures the agent that he can get the documents back for a price.

However, Billy too sees the potential to make a substantial sum for these documents and although backs out at the last minute, it is too late, the die is cast and Reggie will stop at nothing to get his hands on these papers.

Whilst in Yorkshire, Paul and Solley unwittingly become entangled in this unfolding drama of blackmail and double blackmail between the parties involved, each desperate to use the documents for either monetary gain or protection from Reggie Carlyle.