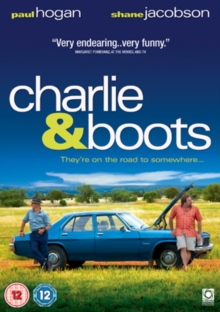 After the sudden death of his wife, grieving farmer Charlie (Hogan) is 'kidnapped' by his estranged son Boots (Jacobson) for a long-promised fishing trip to Australia's northernmost tip, Cape York.

Charlie reluctantly agrees to accompany Boots, and the two men set out across the country, bickering, bantering and renegotiating their relationship as they go along.