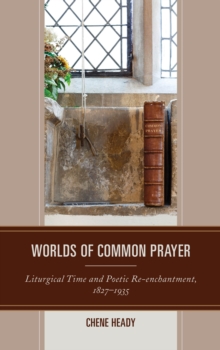 Worlds of Common Prayer explores book-length poems based on the Anglican liturgical calendar written between 1827 and 1935.

John Keble created a new type of English poetry when he wrote his poetic companion to the Book of Common Prayer, The Christian Year (1827), which went on to become the single bestselling book of poetry in the English century.

Drawing off of recent scholarship on both secularization studies and nineteenth-century conceptions of time, Worlds of Common Prayer exposes the surprisingly radical potential of liturgical poetry.

The detective novelist and poet Dorothy L. Sayers wrote of her desire to find a "brick" that could smash the order of clock time, and discovered one in the liturgy.

For major authors as dissimilar as Christina Rossetti and T.S.

Eliot, the Anglican liturgical calendar served as a means of dismantling industrial capitalism's time clock, and thereby of destabilizing the secular world order as a whole. 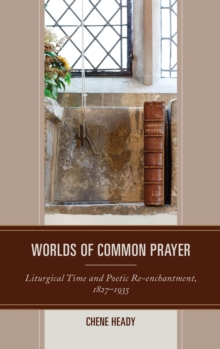