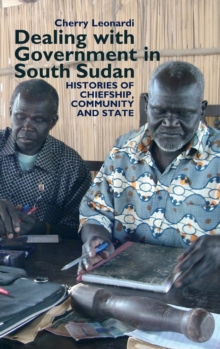 Dealing with Government in South Sudan - Histories of Chiefship, Community and State Hardback

Chiefs - or 'traditional authorities' - became a particular focus of attention during the international relief effort and post-war reconstruction and state-building.

But 'traditional' authority in South Sudan has been much misunderstood.

Institutions of chiefship were created during the colonial period but originated out of a much longer process of dealing with predatory external forces.

This book addresses a significant paradox in African studies more widely: if chiefs were the product of colonial states, why have they survived or revived in recent decades?

By examining the long-term history of chiefship in the vicinity of three towns, the book also argues for a new approach to the history of towns in South Sudan.

Towns have previously been analysed as the loci of alien state power, yet the book demonstrates that these government centres formed an expanding urban frontier, on which people actively sought knowledge and resources of the state.

Chiefs mediated relations on and across this frontier, and in the process chiefship became central to constituting both the state and local communities. Cherry Leonardi is Senior Lecturer in African History at Durham University, a former course director of the Rift Valley Institute's Sudan course, and a member of the council of the British Institute in Eastern Africa Published in association with the British Institute in Eastern Africa. 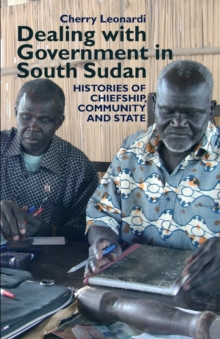 Dealing with Government in South Sudan...