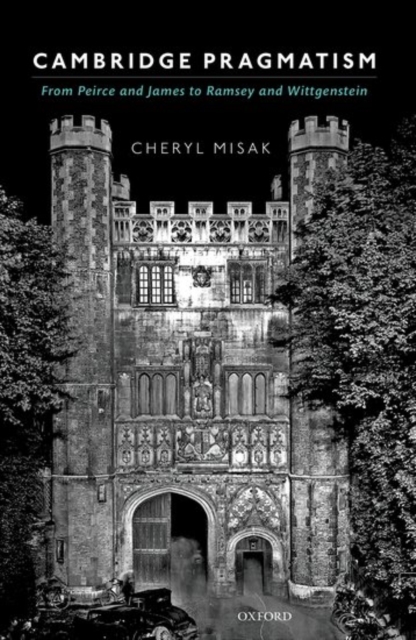 Cambridge Pragmatism : From Peirce and James to Ramsey and Wittgenstein Hardback

Cheryl Misak offers a strikingly new view of the development of philosophy in the twentieth century. Pragmatism, the home-grown philosophy of America, thinks of truth not as a static relation between a sentence and the believer-independent world, but rather, a belief that works.

The founders of pragmatism, Peirce and James, developed this idea in more (Peirce) and less (James) objective ways.

The standard story of the reception of American pragmatism in England is that Russell and Moore savaged James's theory, and that pragmatism has never fully recovered.

An alternative, and underappreciated, story is told here.

The brilliant Cambridge mathematician, philosopher and economist, Frank Ramsey, was in the mid-1920s heavily influenced by the almost-unheard-of Peirce and was developing a pragmatist position of great promise.

He then transmitted that pragmatism to his friend Wittgenstein,although had Ramsey lived past the age of 26 to see what Wittgenstein did with that position, Ramsey would not have liked what he saw.