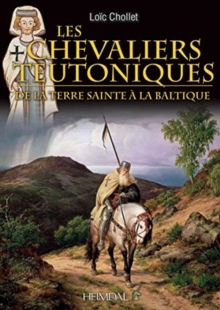 Appearing within the context of the Crusades in Palestine, the militaro-religious order of the Teutonic Knights imposed itself as an essential player in a relatively unknown episode in our part of the world: the conquest and evangelisation of the last pagans in Europe.

Living to the south-east of the Baltic Sea, these pagans were confronted with missionary and warlike enterprises rather like crusades.

Called upon to defend the frontiers of Poland against the pagans in Prussia, the brothers of the Teutonic Order carved a real state for themselves in this area of the Marches of Christianity.

In its desire to tap the crusading spirit so dear to the nobility, the Teutonic order regularly invited knights from all over Europe to join in its military endeavours.

Thus it was that a large number of French and English nobles, among them some key figures in the Hundred Years' War, went off to distant Prussia to fight the "Saracens of the North".

For the rivalries which opposed the Teutonic Knights to their neighbours, pagan or Christian, led not only to military, but also doctrinal, confrontations causing debate about the rights of non-Christian peoples. This book offers a look at the history of the Order of the Teutonic Knights but brings to the forefront its role as a link between the world of chivalry and that of the pagans of North-eastern Europe.

The relations of the men with the black crosses and the Baltic peoples, but also with the lords of Western Europe who came to help them, just like their role in the controversial use of force as a tool of conversion, enabled a little-known facet of medieval Europe to be revealed: its eminently cosmopolitan character, making light of national or regional borders and sometimes religious ones, too.