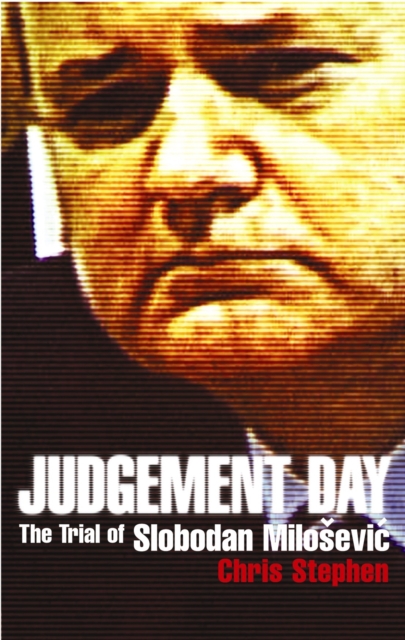 Judgement Day exposes how the actions of one man led to the birth of the world's first war crimes court. The Hague Tribunal began the trial of Slobodan Milosevic in February 2002, after a long battle to see its creation.

Judgement Day tells, for the first time, the remarkable story of how the Tribunal was forced into being by its charismatic and determined architects and the lengths to which its prosecutors went to indict its most famous defendant.Chris Stephen, through his remarkable access to the politicians, court officials and war crimes lawyers that populate The Hague, shows how a head of state was brought to international account for the first time.At the heart of the story is the brooding, brutal, figure of Slobodan Milosevic himself, conducting his own defence. Judgement Day is a gripping and authoritative account of the most important international trial since Nuremberg, the global consequences of which, from GuantanamoBay to the fate of Saddam Hussein, are only now beginning to be appreciated.