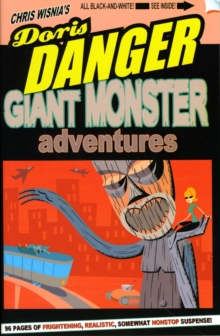 Doris Danger is a photo-journalist who, as a teen, was abducted by a giantmonster.

Ever since, she's had a burning desire to prove the existence of giantmonsters, but has yet been unable to prove her beliefs and snap thatindisputable photograph.

Along the way, she has met many others who believe, asshe does, in giant monsters.

She has managed to convince many, foremost of them,her boyfriend, former astronaut Steve Wonder. And she has met many who doubt,try to disprove, or even lie, manipulate, and cover up evidence.