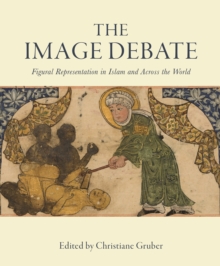 The images released by Islamic State of militants smashing statues at ancient sites were a horrifying aspect of their advance across Northern Iraq and Syria during 2015-16.

Their leaders justified this iconoclasm (destruction of images) by arguing that such actions were divinely decreed in Islam, a notion that has remained fixed in the public consciousness.

The Image Debate: Figural Representation in Islam and Across the World is a collection of thirteen essays which examine the controversy surrounding the use of images in Islamic and other religious cultures and seek to redress some of the misunderstandings that have arisen.

Written by leading academics from the United States, Australia, Turkey, Israel and the United Kingdom, the book has a foreword by Stefano Carboni, Director of the Art Gallery of Western Australia, followed by an introduction by the editor Christiane Gruber, who sets the subject in context with a detailed examination of the debates over idols and the production offigural images in Islamic traditions.

Twelve further articles are divided into three sections: the first deals with pre-modern Islam:Mika Natif looks at tensions between the Hadith prohibition on images and the praxis of image-making under the Umayyad dynasty and argues that the Umayyad rulers used imagery to establish their political and religious authority; Finbarr Barry Flood examines the practice of epigraphic erasure, i.e., the removal of names of rulers and patrons from historical inscriptions from the medieval Islamic world; and Oya Pancaroglu focuses on the figural conventions of an illustrated manuscript of Varqa and Gulshah, a medieval Persian romance composed in the masnavi (rhyming couplet) form by the 11th-century poet `Ayyuqi. The second section addresses the situation outside Islam: Alicia Walker surveys attitudes toward the production and veneration of religious images in Byzantium from the earliest years of the Christian Roman Empire (early 4th century) to the aftermath of the Iconoclast controversy (late 9th century); Steven Fine explores the history of Jewish engagement with`art' from Roman antiquity through the high middle ages through a detailed exploration of the 3rd-century Dura Europos synagogue and its wall paintings; Michael Shenkar examines evidence for the employment of figural images in the cultic practices of some of the major ancient Iranian cultural and political entities, offering a broad perspective on perceptions ofimages in ancient Iranian worship; and Robert DeCaroli delves into the question of why no image of the Buddha was made during the first five hundred years of Buddhism.

The third section brings the reader back to Islamic lands with five articles examining aspects of the issue in the modern and contemporary periods: Yousuf Saaed investigates South Asian mass-produced images, especially posters that include illustrations of local Sufi shrines, portraits of saints and Shi`i iconography; James Bennett explores the visual depiction of Javanese shadow puppets (wayang kulit), including the sage Begawan Abiyasa, whose narratives convey key elements of Sufi mystical philosophy; Allen and Mary Roberts consider images of Cheikh Amadu Bamba, the founding Sufi saint of the Senegalese Mouride order; Rose Issa addresses how the term `Islamic' relates to contemporary art, how artists manage to create work in countries in constant turmoil and to what extent such works reflect their conceptual, aesthetic, and socio-political concerns; and finally Shiva Balaghi traces the use of the figure, along its symbolic shadows and silhouettes, in works by notable Iranian artists living in Iran and in diaspora. 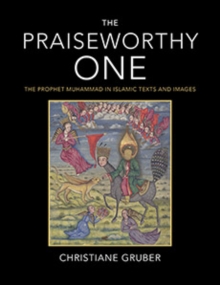 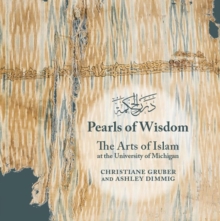 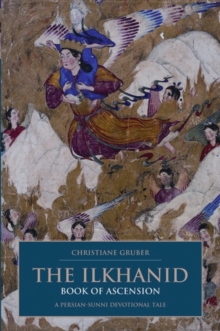 The Ilkhanid Book of Ascension