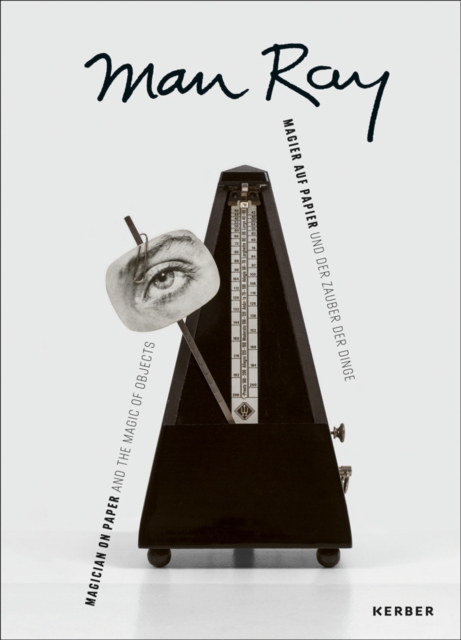 Man Ray : Magician on Paper... and the Magic of Objects Hardback

Man Ray (1890-1976) is one of the most important representatives of Dadaism and Surrealism and is regarded, based on the multifaceted character of his work, as a person who provided avant-garde impulses for the 20th-century history of photography and film. This catalogue accompanies the exhibition at the Kunsthalle Jesuitenkirche in Aschaffenburg and brings together roughly 100 works from various phases of work and media.

One particular focus is on Man Ray's "Rayographs." Around 1919/20, the artist began experimenting with photograms.

In doing so, he positioned everyday objects on photo paper and exposed them to various light sources.

The blurred contours of these "photos without a camera" exerted a great appeal on the Dadaists and subsequently the Surrealists.

The poet Jean Cocteau thus also described Man Ray as a "poet of the darkroom."Text in English and German.