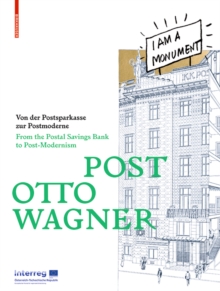 Otto Wagner is considered as the "father of the Viennese modernism" and one of the most important international architects.

The publication on the MAK exhibition illustrates the resonance of Wagner's oeuvre by protagonists of early modernism as well as his influence on his contemporaries, students and subsequent generations of architects and designers such as Josef Hoffmann, Joze Plecnik, Leopold Bauer, Rudolph M.

With generous and often unknown image material the book illustrates Wagner's influence on international architecture from the turn of the century to the present, and thus a link between the intricate relationship of modernism and postmodernism.