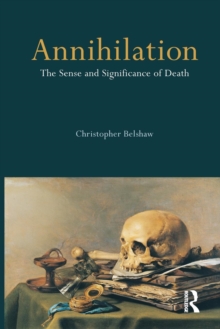 Annihilation : The Sense and Significance of Death Paperback / softback

The ever-present possibility of death forces upon us the question of life's meaning and for this reason death has been a central concern of philosophers throughout history.

From Socrates to Heidegger, philosophers have grappled with the nature and significance of death.

In "Annihilation", Christopher Belshaw explores two central questions at the heart of philosophy's engagement with death: what is death; and is it bad that we die?

Belshaw begins by distinguishing between literal and metaphorical uses of the term and offers a unified and biological account of death, denying that death brings about non-existence.

How our death relates to the death of the brain is explored in detail.

Belshaw considers the common-sense view that death is often bad for us by examining the circumstances that might make it bad as well as the grounds for thinking that one death can be worse than another.

In addition, Belshaw explores whether we can be harmed after we die and before we were born.

The final chapters explore whether we should prevent more deaths and whether, via cryonics, brain transplants, data storage, we might cheat death.

Throughout Belshaw shows how questions of personhood and life's value are bound up with our views on the sense and significance of death. "Annihilation's" in-depth analysis and insightful exposition will be welcomed not only by philosophers working on the metaphysics of death but also by students and scholars alike looking for a foundation for discussions of the ethics of abortion, euthanasia, life-support and suicide.

Also by Christopher Belshaw   |  View all 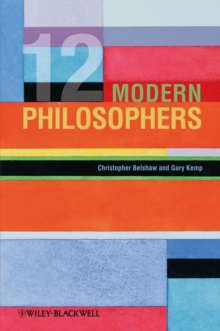 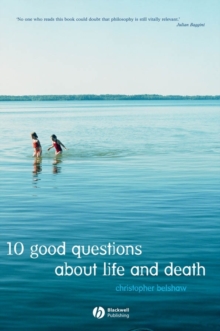 10 Good Questions About Life And Death 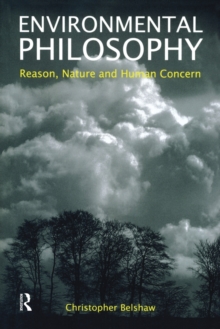 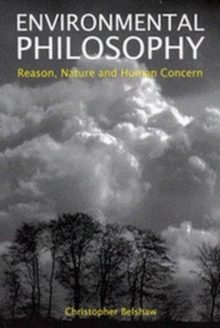